On August 5, 2015, 3 million gallons of acid mine drainage was released from the Gold King Mine, eventually reaching the San Juan River – the lifeblood of the Navajo Nation. This talk will share the experiences of building community and university partnerships to quickly develop and implement a community-based risk assessment in the wake of this environmental disaster. Central to this effort has been the development of a network of Diné community partners from the affected chapters that have guided the university researchers in designing and implementing a culturally appropriate study that addresses the community’s concerns. A key focus has been on building capacity for assessing environmental exposures through training of Diné tribal college students, environmental interns, and community health representatives. To date nearly a hundred students (half Diné) and 25 community members have collaborated and participated in data collection, interpretation, and dissemination. Given the potential for future catastrophic mine spills in the Western United States, findings will be used to develop a model of community capacity-building aimed at empowering affected communities to collect samples, minimize impacts, and engage in informed-decision making. 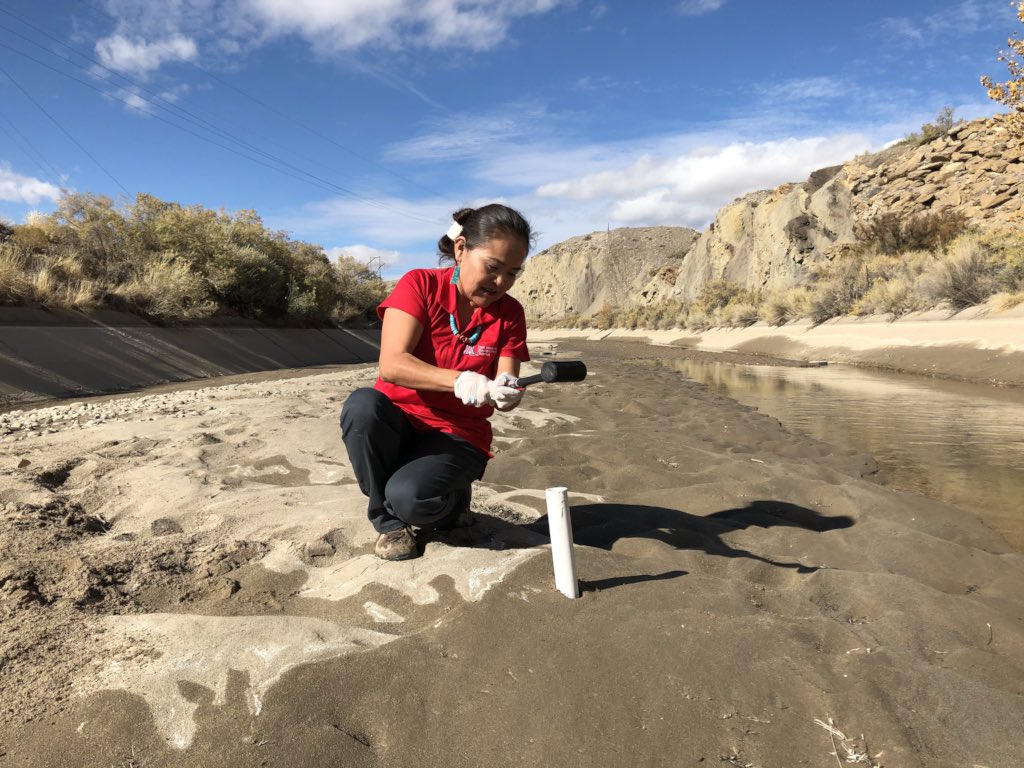 Dr. Karletta Chief is an Associate Professor and Extension Specialist in the Department of Environmental Science at the University of Arizona in Tucson, AZ. The goal of her research is to improve our understanding, tools, and predictions of watershed hydrology, unsaturated flow in arid environments, and how natural and human disturbances affect soil hydrology through the use of physically based methods. Dr. Chief research also focuses on how Indigenous communities will be affected by climate change and collaborated in an interdisciplinary group of scientists including hydrologists, system dynamic modelers, and social scientists to determine how hydrological models can be improved to identify and mitigate risks to these vulnerable populations. As an Extension Specialist, she works to bring relevant science to Native American communities in a culturally sensitive manner by providing hydrology expertise, transferring knowledge, assessing information needs, and developing applied science projects. Dr. Chief is a member of a national climate change network of indigenous and non-indigenous scientists. Two of her primary tribal projects are The Pyramid Lake Paiute Tribe Climate Adaptation and Traditional Knowledge and The Navajo Nation Gold King Mine Spill Impacts. Dr. Chief supervises and advises the research of 11 graduate students, 10 of whom are Native American working on topics related to tribal environmental issues. Dr. Chief is Diné from Black Mesa, AZ and was raised without electricity or running water. She is a first-generation college graduate. Dr. Chief received a B.S. and M.S. in Civil and Environmental Engineering from Stanford University in 1998 and 2000 and a Ph.D. in Hydrology and Water Resources from UA in 2007. She completed her post-doctorate at Desert Research Institute in Las Vegas, NV. In 2011, Dr. Chief was named American Indian Science and Engineering Society (AISES) Most Promising Scientist/Scholar, 2013 Stanford University Distinguished Alumni Scholar, 2015 Native American 40 under 40, 2016 AISES Professional of the Year, and 2016 Phoenix Indian Center Woman of the Year.  (Webpage)