What happened in Flint is a complicated story. Public hearings and written testimonies, task force reports, numerous civil law suits and criminal charges, hundreds of newspaper stories and scholarly articles, and numerous books have tried to capture some version of truth about what is generally known as the Flint Water Crisis (FWC). The majority of these documents and texts have tended to focus on neglect (of federal and state agencies, engineering firms, consultants, politicians, local government, academics, etc.). My interest in the FWC is not of neglect but rather the intent and close coordination of the battalion of architects and players (lawyers, engineering firms, corporate consultants and non-profits) committed to advancing austerity measures in Michigan. Austerity, as practiced in Michigan represents a particular manifestation of racialized power in the region, a new white political power that advances environmental racism through the colorblind discourse of austerity. This analysis is more consistent with activists and community claims that the mostly white (male) decision-makers are responsible for the FWC. In particular, I argue, that racialization is the x factor or determining variable that balances the math equation of austerity. And the more obscure the math the more the derivative of racialization is advanced into the logics of austerity. This framing of environmental racism draws on the scholarship of Joe Feagin, Sean Elias, Michelle Alexander, and others, and positions white agents, especially elite whites, explicitly at the forefront of analysis of environmental racism in Flint (Alexander, 2012; Feagin & Elias, 2013). 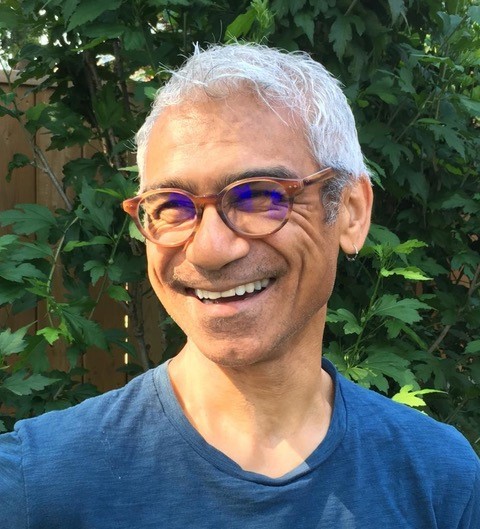 Michael Mascarenhas is a first-generation college graduate and a person of color, born in the United Kingdom of refugees from South Asia, an immigrant to Canada, and now the United States. Today, Michael Mascarenhas is an Associate Professor in the Department of Environmental Science, Policy and Management at the University of California, Berkeley. His scholarship examines questions regarding access to water for communities of color in an era of deeply racialized neoliberalism. His disciplinary fields include environmental justice and racism, postcolonial theory, and science and technology studies. His first book, Where the Waters Divide (Lexington Books, 2012), examines the market-based policies that produce inequitable water resource access for First Nations’ people in Canada. His second book, New Humanitarianism and the Crisis of Charity: Good Intentions on the Road to Help (Indiana University Press, 2017), applies a similar methodological approach to investigate the privatization of humanitarian aid following disasters. He is also the editor of a forthcoming anthology on environmental racism (Sage Publishing 2020). Mascarenhas holds a BSc in geology from Brock University, a post-baccalaureate in environmental science from Capilano University, a MSc degree in forestry from the University of British Columbia (UBC), and a PhD in sociology from Michigan State University. He was a postdoctoral fellow at the Centre for Applied Ethics at UBC and has held teaching appointments at Kwantlen Polytechnic University and Rensselaer Polytechnic Institute. His current research and book project, Thirsty for Environmental Justice, examines the water crises in the cities of Flint and Detroit. Mascarenhas was an expert witness at the Michigan Civil Rights Commission on the Flint Water Crisis, and an invited speaker to the National Academes of Sciences, Engineering, and Medicine’s Committee on Designing Citizen Science to Support Science Learning.