Water Yield from Forest Thinning Depends on How, Where and How Much 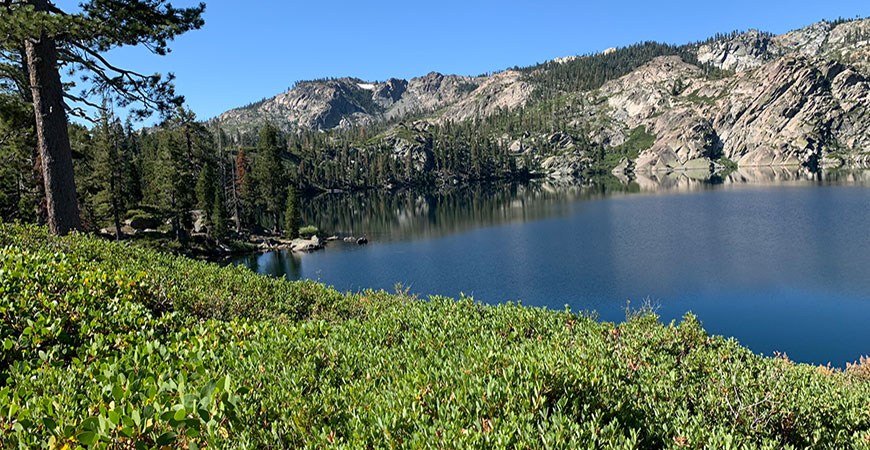 Even a little forest management significantly increases water runoff in the Central Sierra Nevada and other semi-arid regions, while drier forests need more extensive treatments, according to a new study published recently in the journal Ecohydrology.

Founding faculty and School of Engineering professors Conklin and Roger Bales, recent Ph.D. graduate Philip Saksa, now the director of research at Blue Forest Conservation, and collaborators conducted the study. They looked at the fuel-treatment strategies — such as prescribed burns and thinning — applied across overstocked forests in California to reduce the risk of high-intensity wildfire, which also reduces the forests’ demand for water.

They analyzed extensive multi-year measurements in both the central and southern Sierra Nevada, and conducted comprehensive hydrologic modeling to extend results to larger watersheds.

Averaged over wet and dry years, an 8 percent decrease in vegetation in the American River basin resulted in a 12 percent runoff increase; whereas the gain from similar fuels treatments in watersheds just south of Yosemite National Park only yielded a 3 percent increase in runoff.

“A key reason for the difference is the relative annual precipitation in the two areas,” Conklin said. “In the central Sierra trees had excess water every year, whereas in the south trees are more water limited, and those remaining after the thinning apparently used the newly available water to grow more.”

“Our hydrology modeling, which was integrated with others studying the effects of fuels treatments on wildfire, showed that runoff after a fire produced a similar disparity in response,” Saksa said. After a simulated wildfire that reduced vegetation biomass by about 40 percent — bringing it closer to forest densities about a century ago — the increase in southern Sierra runoff was only about 25 percent of that in the central Sierra.

“The implication of these findings is that it matters how the treatments are applied as well as where and how much,” Bales said.

For light treatments, Conklin said, changes in water balance were more sensitive to changes in the forest canopy than to total biomass, though both affect the runoff outcome. Canopy cover affects the sunlight and temperature at the forest floor, influencing snowmelt, evaporation and water use by understory vegetation.

“This means that water-yield changes observed in areas with different precipitation, temperature, soil, and vegetation characteristics are unlikely to be a good indicator of what to expect in other forests,” Saksa said.

Through this research the team demonstrated how detailed measurements from 200-acre sized headwater catchments can be extended to larger, 10,000-acre forest-treatment areas, by accounting for differences in vegetation, soils, precipitation and temperature.

The results from one project might not be directly transferable to another, but the methods used in these studies can be applied more broadly, even in areas that lack the rich set of measurements developed at these study sites, Conklin said.

Much of the research conducted for this study was part of Saksa’s dissertation, with data gathered and analyzed under the Sierra Adaptive Management Project.

“Our research on how forest water use and runoff change through forest restoration and disturbance is central to accounting for and realizing benefits from those natural-infrastructure investments,” he said.