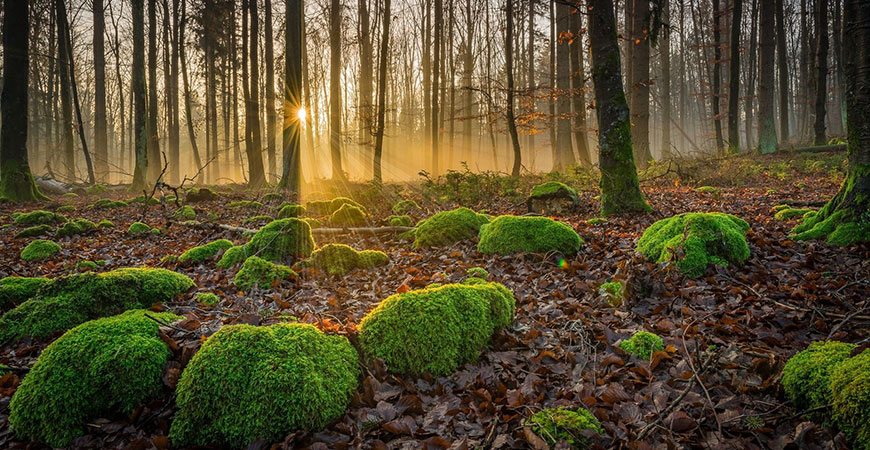 A lot of life happens under the soil, much of it dependent on the right balance of carbon.

A nine-year experiment by a UC Merced Department of Life and Environmental Sciences professor and his colleagues is illuminating the importance of soil carbon in maintaining healthy and functioning ecosystems because of its influence on the microbial communities that live in soil.

These communities’ health can help researchers understand the effects of climate change.

That can lead to many downstream consequences, including the leaching of nitrogen and other nutrients from the soil — where they are beneficial — to aquatic ecosystems — where they are harmful. Carbon reductions are often the result of “disturbance events” such as wildfires and deforestation.

“While others have shown nitrogen losses from the soil into waterways after forest harvest, we are the first to show that this is due in part to decreased microbial immobilization of nitrogen when plants and their carbon inputs are removed, and not just because of reduced plant uptake of nitrogen as was previously hypothesized,” said Dove, a fifth-year Environmental Systems grad student who is graduating this summer. “The good news is that reforestation after these events is a possible solution in maintaining healthy ecosystems.”

Carbon is the natural building block of all living organisms. In natural ecosystems, plants “breathe” in carbon dioxide (CO2) from the atmosphere. This carbon is deposited into soils when plants and animals die and when roots exude it. This carbon feeds microbial life, which is critical in maintaining beneficial functions such as the recycling and storage of important nutrients for plants. But the security of these functions is diminished when soil carbon is lost, such as through fire or deforestation.

"While others have shown nitrogen losses from the soil into waterways after forest harvest, we are the first to show that this is due in part to decreased microbial immobilization of nitrogen when plants and their carbon inputs are removed, and not just because of reduced plant uptake of nitrogen as was previously hypothesized."

Hart, with the School of Natural Sciences and the Sierra Nevada Research Institute, and Professor John Stark at Utah State University initiated the project to determine the importance of plants’ carbon inputs on soil. Greg Newman at the Oklahoma Biological Survey at University of Oklahoma helped characterize the microbial communities found in the soils and how the composition shifted in response to the experiment.

They studied soils at a variety of sites across a gradient of plant productivity in Oregon, and Dove has worked on the project since his first semester in grad school, analyzing and synthesizing data. This is the third paper on which he is listed as first author.

“Overall, we show the strong control of carbon on microbial communities and the implications for ecosystem health,” Dove said.

The experiment was based on a lab study Hart performed as a postdoctoral researcher at Oregon State University.

“That paper was also published in the journal Ecology, in 1994, and it is one of the most highly cited papers I have ever written because it demonstrated unequivocally the highly coupled nature of carbon and nitrogen cycles,” Hart said. “I am hoping that this field-verification of the ideas presented in that manuscript will receive similar accolades. If not for Nicholas’ hard work and determination, this manuscript may never have seen the light of day and remained buried in my unpublished data vault.”