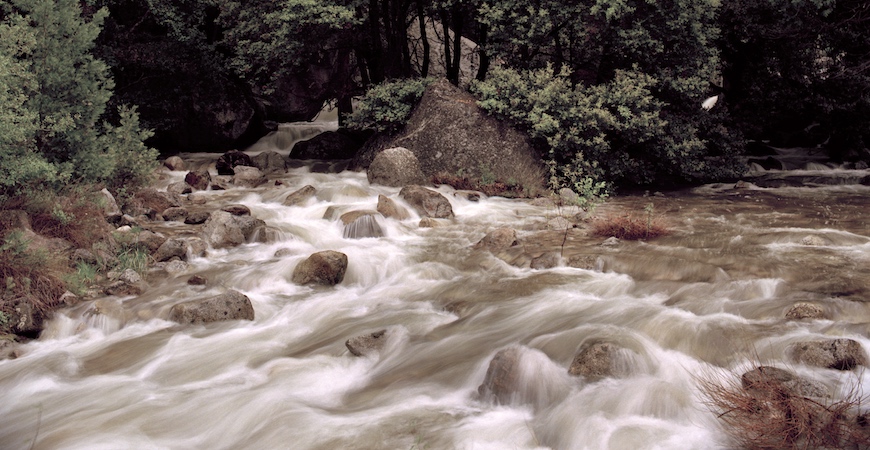 Soils are carbon sinks, storing more planet-warming carbon than the atmosphere and all animal and plant life combined.

But they can also release massive amounts of stored carbon into the atmosphere. Given carbon’s central role in climate change, understanding the forces that govern how soils absorb and release carbon is crucial.

A new study shows that soil age and age-associated changes in mineral content may be the master regulators of carbon cycling in and out of soils and how soil responds to warming. The study was published in Nature Geoscience and is a collaboration between the research group of Professor Asmeret Asefaw Berhe, a group of European scientists and the U.S. Geological Survey.

Soil deposits that differ in age but come from a common source serve as historical records of how soils change over time. These chronosequences, as they’re known in soil science, allow researchers to study the co-evolution of biotic, mineralogical, geochemical and physical processes in soil. Berhe and Sebastian Doetterl, the new study's lead author and a former visiting postdoctoral researcher in Berhe’s lab, said an unusual chronosequence formed by the Merced River led to the new discovery.

“The Merced chronosequence is a unique set of soils that range from very young, 100-year-old deposits to one of the oldest known soils anywhere, a 3-million-year-old soil found in alluvial terraces alongside the Merced River,” Berhe said. 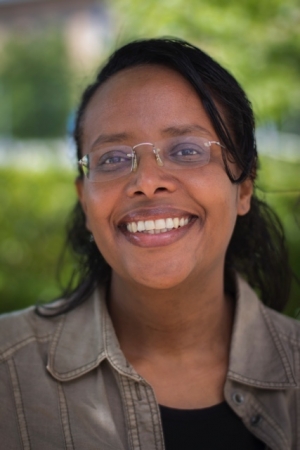 The Merced chronosequence was formed from granitic sand deposited from glacial outwash from the Sierra Nevada, and the soils developed in the same semi-arid climate surrounded by grassland vegetation.

Though the soils in the Merced chronosequence were formed under similar conditions, Berhe and her collaborators found that age significantly altered the soil’s carbon-storage capacity and the effect of warming on soil respiration — the major mechanism through which carbon is lost from soil.

Young soils are filled with minerals and organic matter that can sustain a diverse array of plant and microbial life while also acting as effective carbon sinks, the study found. These soils become even better at storing carbon when they reach middle age — a few thousand to tens of thousands of years old.

That’s because middle-aged soils have just the right amount of weathering — exposure to environmental, chemical and biological forces that change the soil’s mineral composition. The weathering process produces a set of secondary minerals that help trap carbon, transforming the soil into a more effective carbon sink. When the soils are about 3,000 years old, that weathering and secondary mineral production helps soils reach peak carbon-storage capacity.

Too much weathering, however, has the opposite effect. The oldest soils, ranging in age from 300,000 to 3 million years old, were found to be the least effective at storing carbon because their secondary minerals had been depleted over time.

Understanding soil carbon dynamics is more important than ever in the age of climate change, especially given how human activity is altering the natural cycles that influence the physical, chemical and biological properties of soil, as well as its ability to store and stabilize carbon.

"Human activity is now a major threat to soil health,” Berhe said. “Land conversion and soil erosion continue to lead to high rates of soil loss, changing the geochemical and biological processes in the soil matrix that are key for not just carbon sequestration, but also the ability of the soil system to continue to support our food and nutritional security, and the soil system's ability to support life and regulate our atmospheric climate."