From the forests of Tuscany, Italy, to the shores of a San Diego reservoir, Professor Marc Beutel is hunting mercury.

Beutel, one of the newest professors in the UC Merced School of Engineering, has two summer projects to keep him busy this year. The first involves spending a month working with Italian scientists and studying how to monitor mercury levels in the air surrounding an historic mercury mine using tree bark. 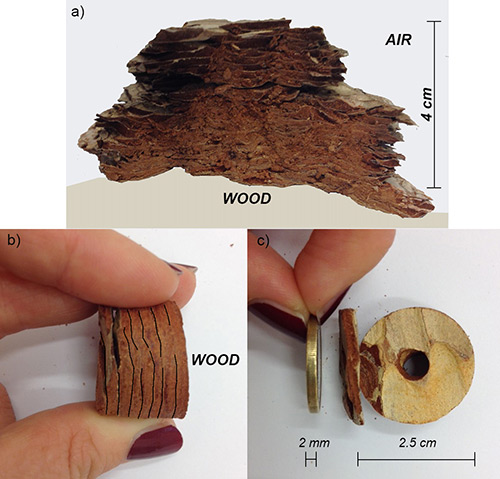 “Mercury is easily mined as an ore, and this is one of five historic mines in the world — the Etruscans mined there,” Beutel said. “But the process of transforming the mercury in solid rocks into a liquid results in mercury pollution in air and soils. We’re trying to figure out the best, least expensive way to monitor this diffuse pollution and assess future remediation efforts.”

Beutel and his colleagues at the University of Florence had to find out whether the mercury was more prevalent in the soil or the air, and by looking deep into the striated layers of black pine bark, found the problem is in the air surrounding the mine.

“We found some of the highest levels of mercury in tree bark ever reported,” Beutel said. “We’re trying to determine the baseline so we can look for hot spots. So far, it looks like there is a high concentration of mercury, but only in a small area. But there are villages nearby, so we need to monitor the extent of the contamination.”

The bark is an effective and cheap biomonitor, but the scientists have only performed small-scale studies so far. This summer, they will test larger areas. They are concerned that the mercury in the air might be transported away from the site and fall onto wet soils and sediments where it can be turned into an organic form of the element by bacteria. The organic mercury — methyl mercury — is much more harmful and can accumulate into the food web.

That is a threat to young organisms, pregnant women and other vulnerable populations that might eat contaminated prey or fish.

Other colleagues at the University of Toronto have developed a passive monitor that uses activated charcoal and allows the researchers to determine the average mercury concentrations in the air. The two groups will work together at 50 sites around Mount Amiata, doing side-by-side comparisons to make sure their sensors back each other up. 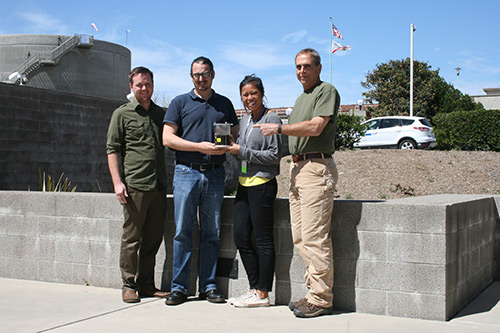 Beutel’s second project is studying and helping remediate mercury levels in a reservoir that will serve up San Diego’s drinking water if the drought worsens. He’s working with the city’s public utility district at Lake Hodges Reservoir, a backup reservoir that city leaders want to clean up so it’s ready if needed.

The city is installing an oxygenation system that turns liquid oxygen to gas and blends it with lake-bottom water to make sure the lake doesn’t become hypoxic or anoxic in the summer. The conversation from mercury to methyl mercury often occurs in anoxic environments, so the lake as it currently stands affords Beutel and his new graduate student, Byran Fuhrmann, the chance to establish baselines over two years, then conduct before-and-after comparisons as the oxygenation system is installed and is activated in 2018.

They’ll study the water, the fish and the zooplankton the fish eat, “hoping to see a reduction in mercury levels, and that the resultant uptake of mercury into the food web is repressed by well-oxygenated conditions,” Beutel said.

San Diego is also adding wetlands around the lake to help with the lake’s cleanup, which Beutel said is a sign that the city has foresight.

“They want to make sure to take care of their resources, because droughts might get worse as the climate continues to change,” he said.

Both projects could have implications for greater California, because many water resources that have been ignored will need to be tapped as the climate warms, and there are mercury mines here, too, such as those in the Silicon Valley area.

“These are two of the more exciting projects I’m working on,” he said.