Many species of trees and plants have begun migrating as the climate changes, but some, like California’s giant coastal redwoods, can’t just pick up and move.

The proximity of the ocean, which has unique effects on temperature and climate, makes it challenging to predict what the redwoods’ habitat will look like in the future. By using California’s historical climate data, UC Merced researchers have developed near-term predictions about the coastal habitat for the archetypal redwoods.

The trees will need to move north to keep up with the shifting climate. 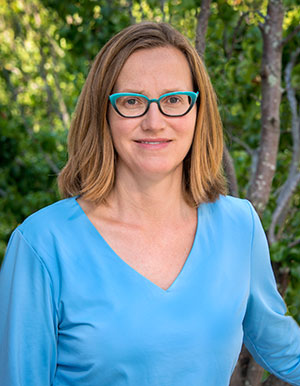 “This method gets us over a hump that has been challenging climate modelers for many years,” said Lara Kueppers, a researcher with the Sierra Nevada Research Institute and former professor in the School of Natural Sciences. “Usually, models use down-scaled global predictions, but the coastal climate is harder to predict because it’s such a narrow strip of land that is strongly affected by the ocean.”

Working with Kueppers, then-graduate student Miguel Fernández used the past century’s record of years with exceptional weather to make predictions about future redwood habitat, because what is now exceptional will be normal in the coming 10 to 20 years.

“Climate change, in the context of biodiversity, has extremely complicated synergies that we are just starting to uncover,” Fernández said. “It surprised me how sensitive the redwood’s habitat is to near-term climate change effects. It made me wonder if the long-term effects might be catastrophic if we don’t improve our climate adaptation efforts today.”

Kueppers cautioned that the paper, “Back to the Future: Using Historical Climate Variation to Project Near-term Shifts in Habitat Suitable for Coast Redwood,” recently published in the journal Global Change Biology — isn’t a prediction about the trees themselves. It’s about the habitat they are used to and how that is changing.

“The needed follow-up work is to find out whether the species themselves are tracking these rapid climate changes,” Kueppers said.

However, redwoods, which grow to about 400 feet tall and live 1,800 years or more, can’t simply move farther north at will. Kueppers said the trees will need to spread about 200 kilometers northwest over the next 10 to 20 years to track their shifting habitat, and “that’s going to be difficult without intervention.”

The question is one for resource managers. The trend has been restoration of habitats, but Kueppers asked whether we should be planting to replicate the past or planning for the future.

“On actively managed lands, managers are going to have to make those choices,” she said.

The researchers’ method could be useful in other regions where local climate is strongly influenced by ocean–atmosphere dynamics that are not represented by coarse-scale global models, Kueppers said. 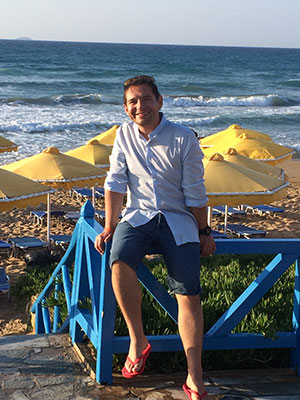 Fernández, who is from La Paz, Bolivia, finished his Ph.D. in environmental systems at UC Merced in 2013. The work described in the new paper was part of his dissertation. He now works at The Group on Earth Observations Biodiversity Observation Network Secretariat in Germany, developing a global strategy to implement the framework concept of the essential biodiversity variables.

He has always been interested in understanding the effects of climate change on biodiversity, but as he searched for the most appropriate system to study, he realized almost no one had modeled the redwoods.

“This terrestrial ecosystem has a close connection to the coastal upwelling of the ocean, which has a buffering effect on climate change, making it incredibly challenging to model the climatic habitat of this amazing species,” he said. “You just need to look at the past with different eyes to realize that we already had extreme temperature and precipitation in the historic record. The near-term effects of climate change are much more relevant to all of us than what will happen in 2090.”