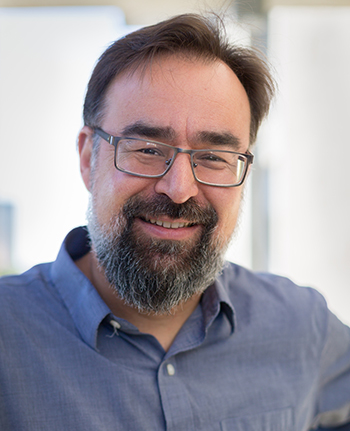 Open any newspaper — or news website — and you’re likely to see at least one article about California’s water crisis. From climate change to wildfires to groundwater to El Niño, there’s no shortage of water-related conversations.

There’s also no shortage of scientific research to be conducted on water, and UC Merced has a number of faculty members doing important work to address the state’s crisis. Starting this month, the Center for the Humanities at UC Merced is aiming to prove it has much to add to our understanding of water and all the issues that come with it.

The Center for the Humanities, created in 2008 and bolstered by an anonymous private donation of $2 million in 2012, has chosen water as a central theme for its next two years of interdisciplinary research projects, community outreach and public events. The center’s new director, Professor Ignacio López-Calvo, said the humanities have an important but often underappreciated role to play when it comes to water.

“The interdisciplinary study of the social, cultural, symbolic and historical role of water will help us think about the water crisis in the contemporary San Joaquin Valley, California and the world,” López-Calvo said. “We hope to explore the contribution of humanities to an understanding of water’s role in society.”

Over the next two years, the center will host a total of 15 fellows — nine faculty members, four graduate students and two postdocs, each of whom will lead their own research projects — along with visiting speakers, a biweekly seminar, and an international conference at the end of the second year.

Several of the research projects will address the water theme, but each will approach it from a unique angle. Some examples include:

In approaching its second biennial theme, the center is putting a major emphasis on community outreach, and also on the inclusion of disciplines outside of the humanities. An interdisciplinary team of faculty members — Aditi Chandra, an art historian; Teamrat A. Ghezzehei, a soil scientist; and Kevin Dawson, who studies Atlantic history and the African diaspora — will work with the center to provide intellectual vision for the water theme.

Two upcoming events have been designed with the community in mind. On Oct. 15, the center will host a film screening of “Turtle Diaries” and a Q&A with wildlife biologist Maya Khosla at the Merced County Library, an event geared toward families. And on Nov. 7, in conjunction with the Center for Information Technology Research in the Interest of Society (CITRIS), the center will sponsor the Wild and Scenic Film Festival at the Merced Multicultural Arts Center. Both are free and open to the public.

The center’s new director said he’s looking forward to many of the events planned for the next two years, but in particular to the publication of the many interdisciplinary research projects and the 2017 conference that will showcase that work and attract scholars from across the globe.

“With this conference and the other events, our goal is to increase the national and international visibility of humanities and arts research at UC Merced,” López-Calvo said. “Through cultural events and publications aimed at non-specialists, we will also foster the community’s awareness of the importance of the humanities in today’s world.”

López-Calvo brings years of experience and impressive credentials to his new role. Since joining UC Merced in 2008, he has spent time as Academic Senate chair and vice chair, faculty chair of the School of Social Sciences, Humanities and Arts, chair of the Interdisciplinary Humanities graduate group, and chair of the History and World Cultures unit. He has published seven single-authored books and edited eight others, and he is the co-founder and co-executive director of the open-access academic journal “Transmodernity: Journal of Peripheral Cultural Production of the Luso-Hispanic World.”

He was also part of the steering committee for the Center for the Humanities when it was created in 2008, served on its advisory committee for several years, and contributed his own research during the center’s first two-year term — which culminated with the World Upside Down Conference in April.