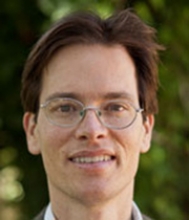 UC Merced School of Engineering Professor Elliott Campbell has co-authored a paper showing that mountaintop removal mining will dramatically accelerate the regional effects of global warming by turning natural carbon sinks into sources of carbon emissions, some within the next 15 years.

On top of the toxic side-effects of coal mining, the associated hazards and the biggest problem with coal – the greenhouse gas emissions that come from burning it – the switch from sink to source is an issue that could prompt policymakers to reconsider where they stand on mining.

This finding comes at a time when the federal government is at least partially focused on various energy sources and President Barack Obama takes an “all of the above” approach to supplying the country’s power needs. Campbell's research provides another entry point into the conversation about what some call “clean coal technology.”

Campbell’s research, and the paper that has been named one of 2012’s best in the journal Environmental Research Letters, is just one more way UC Merced is contributing to the rapid growth in knowledge about climate change and the increasing ability to accurately predict its consequences. Campbell spent five years studying the effects of mountaintop mining in Kentucky.

“These new scientific insights are framed by historic events including the first voluntary phase-out of mountaintop removal by a major mining company – the Patriot Coal Corp., on Nov. 15, 2012 – and a fundamental shift in the economics of coal and natural gas,” Campbell said. “The mounting scientific evidence could also provide fodder for Obama's Environmental Protection Agency, which took the highly unusual step in 2011 of revoking a mountaintop removal permit.

“This moment appears to be an inflection point with respect to science, industry and policy surrounding mountaintop removal.”

The mining practice, which has only been used since the 1970s, incorporates heavy equipment and explosives to remove hundreds of vertical feet of mountaintops to expose coal seams.

Once seams are mined, some leftover rubble is dumped back into place to reflect the approximate original contour of the mountain, but the soil and the ecosystem are permanently damaged, according to websites on the subject.

In addition, the excess soil and rock, often laden with toxic mining byproducts, is dumped in nearby valleys, some with rivers, streams and other water sources for humans and animals, while the toxic mining dust is airborne.

Mountaintop removal is the predominant method of coal mining in the Appalachian Mountains, and primarily occurs in Kentucky, West Virginia, Virginia and Tennessee.

This could happen in the Appalachian Mountains by 2025.

“The articles selected for the ERL 'Highlights of 2012' have been chosen for their outstanding quality, high scientific impact, the significant advance they've made within the field and broad interest,” said Guillaume Wright, publisher of Environmental Research Letters. “In addition to these reasons, the article by Professor Campbell et al was selected for the collection specifically due to its focus on a highly topical and critical issue in environmental science, expert reviewer recommendations, broad interest to both the regular readers of ERL and the general public, as well as the important policy implications the research has.”

Plants and the Earth’s oceans played a critical role in maintaining the planet’s health.

“They remove and store about 50 percent of the carbon dioxide in the atmosphere,” Campbell said. “It’s a really fortunate set of circumstances because it has delayed the effects of global warming.”

But mountaintop removal is so drastically damaging, it makes clear-cutting a forest look mild, Campbell said.

“There’s no reclamation and the ability of those areas to support life is dramatically altered,” he said.

Now that this project is finished, Campbell wants to start examining reclamation efforts, which are not often made, and when they are, are done on a very small scale.

But it’s important to try and mitigate damage.

“One of the things environmental engineers work on is human disturbances to the environment,” Campbell said. “We’ve left a huge footprint on the Earth with our land-use changes.”