Professor Looks Inside Trees for Answers 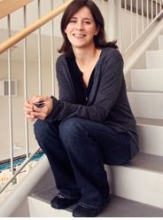 Professor Carolin Frank is concerned with the inner lives of trees.

She looks inside them to see whether microbes are part of – and perhaps even critical to – life functions such as growth.

“It’s a pretty new field,” Frank said. “Most people think of bacteria as causing disease, but they can be beneficial. When I look at a forest, I don’t see trees, I see all these fascinating microbes.”

Bacteria, she said, have been found to promote growth and protect plants from stress, and also to fix nitrogen, a critical component of plant health.

“Microbes are the only organisms that can take nitrogen from the air and make it available to plants,” she said. “Plants cannot do it themselves. People have long wondered where all the nitrogen in forests comes from, and if bacteria are fixing the nitrogen in conifers, that could explain it, and would also explain why conifers can grow in places where there is no nitrogen, like gravel.”

Until recently, nitrogen gas in the atmosphere has been available only through microbes that can “fix” it by breaking its strong nitrogen-to-nitrogen triple bond and making it available to other organisms such as plants.

Human activities, such as artificial nitrogen fixation and fertilization, have altered Earth's nitrogen balance, with huge implications for ecosystems and climate.

A better understanding of the microbes that fix nitrogen inside plants could help reduce fertilizer use and improve forecasts about climate change.

Frank’s work, like that of other UC Merced faculty researchers such as Mónica Medina and Ajay Gopinathan, is helping change the way people understand the world around them down to its smallest parts, some of which have the biggest impacts.

Frank, a computational biologist, and her two graduate students venture into forests for samples of conifers, then back to the lab for deep analysis of what’s inside the trees’ needles – and even inside the tree cells.

She worked on a bacterial inventory in Colorado conifers with fellow UC Merced Professor Lara Kueppers. Both are affiliated with the Sierra Nevada Research Institute, and members of the School of Natural Sciences. Part of what makes her research enjoyable, Frank said, is that it is interdisciplinary, including genomics, the environment, symbiosis and microbiology.

Frank’s current research takes her into Yosemite to collect more samples to see if findings in this region match up with what she found in Colorado.

The Colorado pines contain a bacterial species known to fix nitrogen in sugarcane.

“Now we need to see if it’s doing the same thing in the pines,” she said.

She is mining the genome sequence of a bacterium that lives inside meristematic cells, which Frank calls trees’ stem cells, and wonders if the microbes are transferring something into the plant nuclei to promote growth.

“That’s kind of wild for me,” she said of the unexpected outcome. “If the microbes are important, they should be found be there all the time.”

She’ll get a chance to find out, because there are about 40 species of conifers in California. That’s a lot of conifer needles to explore for answers.

Frank, who joined the UC Merced faculty five years ago, said this is a good place for young scientists because they can be more independent and work on an interesting array of projects.

And, “It’s easy to collaborate here,” she said. “I’m not sure I would have gotten to work with someone like Lara anywhere else.”

While her research is still fairly new, it is attracting attention.

“I’ve had a few people want to help me test my hypotheses,” she said, “and that’s really nice. People tend to get excited about this.”